Talkin’ Bout My Generation evolved out of listening to podcasts from Talkin’ Toons With Rob Paulsen, a podcast involving voice actor Rob Paulsen, voice of various cartoon characters over the years. We decided that we wanted to delve into that world and discuss pop culture podcast material, from movies, television shows, video games, and events that took place in OUR generation. We’re not quite millennials; we’re not quite Gen Xers, either. But we definitely grew up in some of the best times for pop culture.

We got to see the death of the Saturday Morning Cartoon. We saw the birth of animation houses like Clasky-Csupo, and the death of Filmation and Rankin-Bass. We are the John Hughes moviegoers, the kids who were raised on Kenner’s Star Wars toys, and the ones who drank Ecto Cooler and lived for “getting slimed” on Nickelodeon. That’s who WE are.

You’ve heard the saying, “A picture is worth a thousand words?”

This picture is it. That is the late, great Stan Lee posing next to me, from 2011, at San Diego Comic-Con. I’m one of those guys who loves going to comic book conventions (even though they’re not really about comics anymore, but are more about toys, video games, movies, and more – hence our eclectic approach to pop culture!). I’ve been born and raised in San Diego County, moved to Orange County for a few years, and moved back, but still, Southern California is my home. 🙂 My wife and my family refer to me as either the “Walking IMDB” or “the fount of useless knowledge”; on occasion I’ve also been called Cliff Claven. Bonus points if you get that pop culture reference!

I’ll be the one host that ties all of these episodes together. 🙂 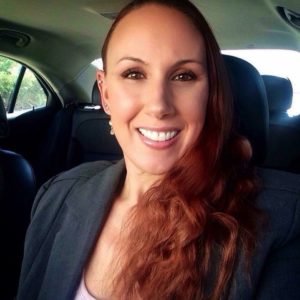 I’m a mother of 3 girls, who has been from coast to coast with a husband who recently retired from the Coast Guard!

I went to high school with Doug, and we’ve been good friends, and decided to put together the podcast with various episodes and offer a female perspective!

I’ve stepped away from podcasting for a few years; 3 girls, a cross country move, and starting back into full time employment has sidetracked me from being able to be a full time co-host, but who knows? I may be back for a guest host situation here and there in the future! 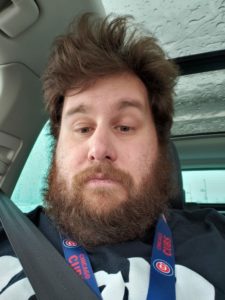 I’m host of the GeekCast Radio Network along with fellow co-host Steven C. Phillips. We have been podcasting together for over 10 years now with various podcasts, and Doug asked me to join up and do some episodes with him.

I’m “Bahston” born (Go Sox, Go Pats!), but currently live outside of Chicago with my wife Karen, and cat, Lacey. 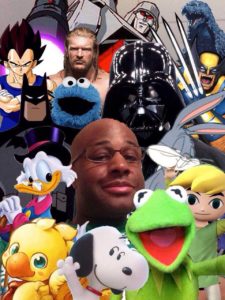 I currently live in Texas. Where? In the basement of the Alamo. I’ve got a really cool bike that I got from Wayne, the older brother on The Wonder Years!

Ok, actually, I’m a giant geek just like Doug; I follow so many different genres and have my movie critiques for all of the new animated films. Keep an ear out for me on future podcasts!