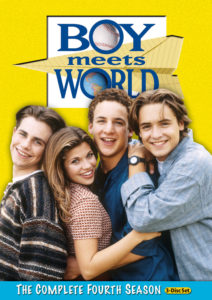 This week, we’re doing something of a double header.

Because this week, we’re talking about a series of the 90’s that engrained on us how a group of 4 kids could take us through life, with their trials and tribulations, their relationships, their family lives, and come out at the end, changed by school, by life, and by the world. Yes, we’re talking about Ben Savage, Rider Strong, Will Friedle, and Danielle Fishel, who played the roles of Cory, Sean, Eric, and Topanga. They grew up before our eyes, became strong people, and gave us role models to look up to as many of us struggled through the same issues they had. They also had K.I.T.T., aka William Daniels, who played their teacher and principal, Mr. Feeny, guiding them through life in school. 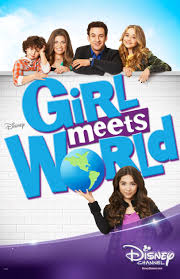 And then we jump ahead 20 years.

Cory and Topanga have grown up with their own kids. Their daughter now fills their shoes, and we get to see her, and her friends going through life, with their trials and tribulations. This is the new series on The Disney Channel, with Girl Meets World, and we get to see what will happen as they grow up!

Join us as we discuss our favorite new show, linked to an old show that changed us indelibly, as we talk both Boy Meets World and Girl Meets World on this week’s episode of Talkin’ Bout My Generation!