A League Of Their Own/Field of Dreams Doubleheader 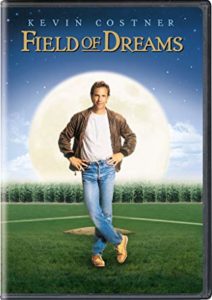 Welcome to October, where we have ghosts, ghouls, witches, and curses galore.

And we also have Baseball playoffs and the World Series!

So what did we decide on? Well, we’re going to do a doubleheader, with ghosts in a field, talking to Kevin Costner and James Earl Jones about baseball.

And then we jump over to Tom Hanks.

“This is BASEBALL! There’s no crying in baseball!”

Penny Marshall directed Rosie O’Donnell, Gina Davis, Madonna, Jon Lovitz, Tom Hanks, and more, on a story loosely based on the womens’ professional baseball league that happened in the United States in the 40’s, occurring when so many men were away at war in the Pacific and Europe, fighting in World War II.

A fun story, but one I’m burned out on because it plays CONSTANTLY on various channels and my wife is CONSTANTLY watching it!