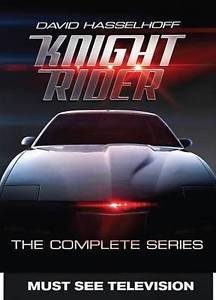 It’s 1982. NBC decided to go out on a limb with a show about a talking car, and capitalized on the Pontiac Firebird Trans Am. One Michael Knight, a man who travels the country as part of a public justice organization called FLAG (Foundation for Law And Government), righting wrongs with K.I.T.T., his talking, nearly indestructible car.

Who would have thought that, especially when we had “My Mother The Car” being one of the worst television shows of all time, that this series starring a talking car would jump into pop culture history?

Join us this week as we hash out Knight Rider on Talkin’ Bout My Generation!