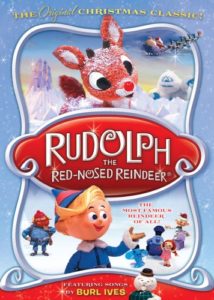 n 1964, Rankin-Bass, an animation studio, decided to jump in feet first with stop-motion animation and create perhaps one of the most well known and popular Christmas specials of all time.

Starring Burl Ives as the narrator, who sang out the titular song as well as one of his Christmas hits, “Silver and Gold”, Rudolph The Red Nosed Reindeer became an instant classic.

Oddly enough, Rudolph’s story started 25 years previous, in 1939, as a marketing gimmick for a kids’ coloring book, out of Woolworth & Co., which sadly is no more, but the hit has continued on, with a song, as well as various other splits with Rudolph starring in other holiday specials (which we’ll be covering here!)

So tune in this week to hear us discuss Rudolph The Red Nosed Reindeer, on this week’s episode of Talkin’ Bout My Generation!