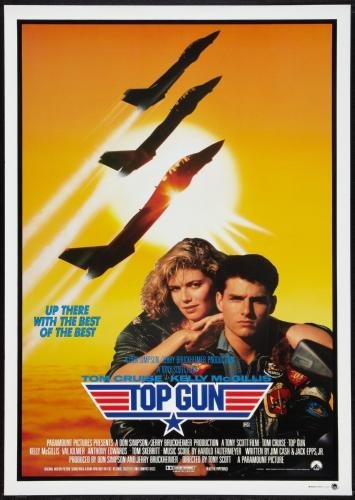 It was a HUGE year for my hometown of San Diego. We were put in the sights of a film of a young Tom Cruise, Anthony Edwards, Val Kilmer, Kelly McGillis, and even greats like Tom Skerritt and Michael Ironside. The Kansas City BBQ became known as the location where the “Sleazy Bar scene” for the movie was filmed, NAS Miramar (now MCAS Miramar) was the home to the elite fighter squadron training school, Top Gun, and even the Naval Training Center, which has since been turned over to the City of San Diego and been rebuilt as a retail center known as Liberty Station, had scenic locations for this movie.

So come take a listen as we talk about a movie involving tower flybys, hitting the brakes and letting the enemy fly right by, and singing “You’ve Lost That Lovin’ Feelin'” in the officer’s quarters, trying to attract a lesbian into falling for you. 🙂