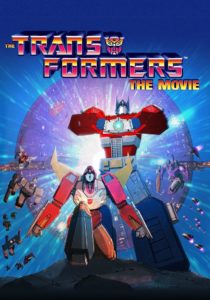 The year was 1984. Japan had started exploding with toys and generating what would eventually be, perhaps, one of the most popular animated series to ever come out of this decade. It spawned its own animated film, with such stars as Leonard Nimoy, Orson Welles, Robert Stack, and Judd Nelson.

This is none other than the original, the ANIMATED (and I stress that, because Michael Bay just couldn’t help himself by creating crappy live-action films based on this franchise) series of Transformers.

Giant robots hiding right under our noses as police cars, tractor trailers, Volkswagen Beetles, even F-15 Eagles and handguns. Come listen to this first episode as we discuss the series that started some careers and cemented other actors as legendary!